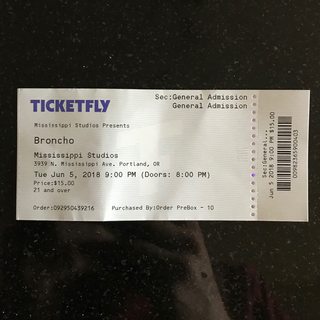 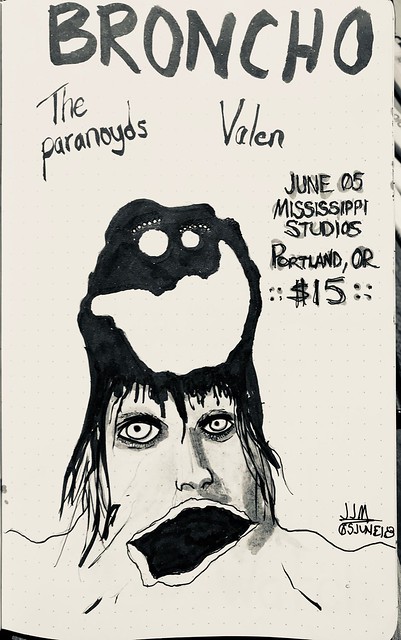 Incomplete setlist information.
…
Waiting For You
Wanna (Broncho)
Young Americans
…
An amazing vocalist and multi-instrumentalist—had the sound of an entire band at her fingertips; the audience entranced. Was getting heavy 80’s vibes which really rounded out the night’s overall setting.

Incomplete setlist information.
…
Pet Cemetery
…
Maldito
…
Sunburn
…
Bear
Dare I say The Paranoyds have utterly leveled the Punk/Garage/Psychedelic scene for me. Their sound is a raunchy guitar, sometimes a 60’s graveyard keyboard, a catacomb shattering bass, and a drum kit that will wake the dead with the sole intention to have someone to mosh with. This was apparently the first time The Paranoyds played Portland, OR and they set a high bar. I cannot wait until they release their proper full-length LP.

Incomplete setlist information.
Señora Borealis
Speed Demon
…
Fantasy Boys
I Know You
It’s On
What
Deena
Nc-17
Taj Mahal
Stop Tricking
Jenny Loves Jenae
Highly Unintentional
Try Me out Sometime
I Don’t Really Want To Be Social
…
…
Two Step
Wanna
Class Historian
Where do I begin? This is Broncho. I’ve tried to think of a way to describe their sound as I’m sure many have. I’ve personally described them as The Strokes meets Slowdive. I’m horribly wrong. It’s difficult because their albums span multiple genres; On one slice you have 80’s chill wave, on another you have love-making grooves, on another you have pop punk-influenced crash dance, on another you have epiphany inducing head music… it goes on and on. But to get to the core of what this band is all about, regardless of whatever label you want to try and stick to them, you need to watch singer Ryan Lindsey—this dude does not stop moving. Even between songs you’d swear he came ready to charge into battle, guitars blazing. And Penny Pitchlynn on bass: pure badass. I can’t even imagine Broncho without her stage presence and bass bombs. Ben King and Nathan Price are there fine tuning it all to focus the beams and cross the streams all at once.
This was my first time seeing Broncho and I left without my hearing and with the need to see them any time they tour through again. I can’t quite put my finger on why I love this band so much but I’m definitely sticking around to see what else comes from these guys in 2018.