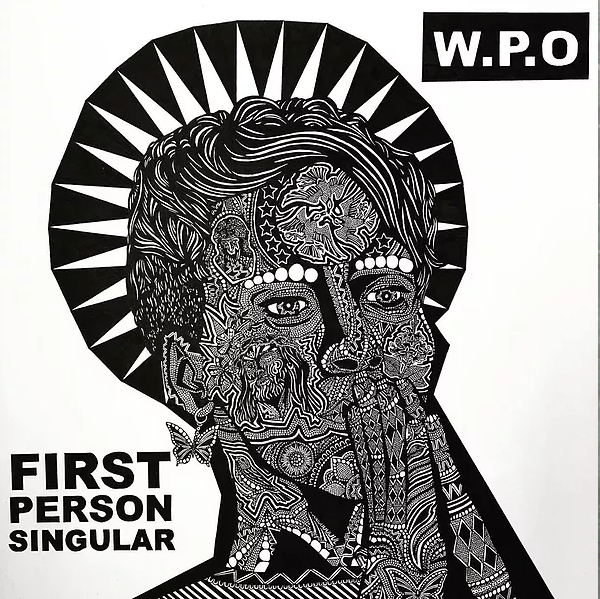 William Patrick Owen on his newest album release First Person Singular can be described as “Time-and-space travelling”. The album’s overall feel is having been recorded among broken down cobblestone ruins on some astral plane infront of a crowd of gods, clergymen, and fireflies. It sounds like it comes from a simpler time yet it remains timeless.
If you took Ryley Walker’s Sullen Mind and Devendra Banhart’s Cripple Crow album, mixed them together and made a whole album based on that same solar system, you might land somewhere near what’s heard here. The album’s main selling point is that it screams lo-fi and harnesses all the outliers in that realm: environmental noise, crowds cheering, and most importantly empty space. That empty space is heard all throughout the album, between songs, and even during the high points and lends to a very specific environment for the songs. Much like a bass guitar and drums carrying a song, that empty astral space is carrying this one along, weightless. You can hear everything rippling through that dusty air accompanied by just the perfect amount of reverb and echo. The album seems to have been painstakingly crafted to make perfect use of easily-overlooked nooks and crannies and injects that bliss you feel when discovering them. First Person Singular even seems to generate it’s own power source carried by precise picking and bordering-hymnal vocals.

You can catch William Patrick Owen on 07 March in London, UK at The Islington. He will be opening for Shannon Lay. You can get tickets right here (via WeGotTickets.com)