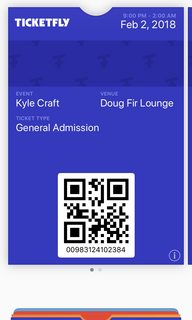 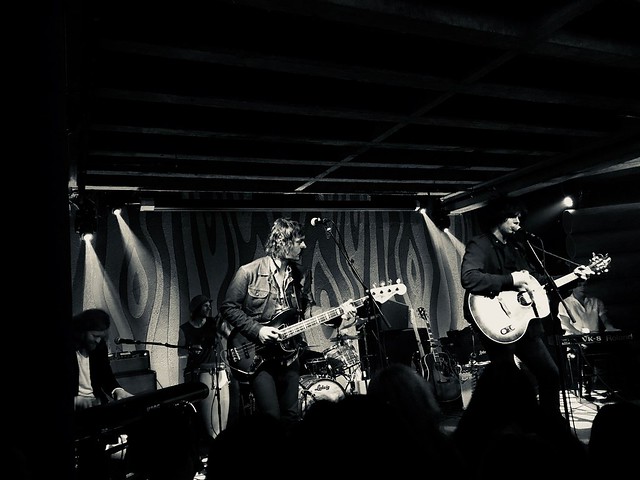 This was one of those shows where you leave feeling like the entire experience was worth it. Every band, every drink, every laugh, every dollar. Rolling out with a smile spanning ear to ringing ear. Maybe it was the fact it was Kyle Craft’s new record release show, the energy that The Shivas injected into the room, or the self-awareness and grit that Ghost Foot brought to this classy venue.

First up was Ghost Foot and they could have driven up in a busted-up matte black ’69 Camaro, came right onto the stage and started playing and you wouldn’t even think it was out of character. With just two people in the band you wouldn’t believe the volume and force they were able to generate. I had to look a few times for other band members potentially obscured behind poles or walls. Nope: just two people. Ghost Foot set the tone for the whole show and that tone only grew brighter with more bass when The Shivas came out.

I actually had to stop and turn to face this band as hard as they were facing us. They deserved it: a female drummer doubling as a singer and 3 dudes with long hair fucking killing it. The bass lines were carrying everything and it was refreshing to hear the bass actually up there with everything else force. I feel most bands just have a bass guitar for all things to fall onto and to merely carry the song on through to the end. The Shivas on the other hand were using the bass as a hood ornament and driving a bus full of go go dancers right through the front window. I think The Shivas set was actually quite long and believe me I didn’t want it to end. After tonight I will be looking to see any shows they’re playing.

So there we were: Ghost Foot, a band of 2 people, then The Shivas, a band with 4 people. What if I said the next band doubled the previous? Kyle Craft’s tour de force was an 8-member outfit with two keyboardists, two drummers, two guitars, a bass, and a freaking brass section. And the vibe of the band? Celebration. If Ghost Foot was a ’69 Camaro and The Shivas were a psychedelic bus, Kyle Craft was a fucking freight train. I don’t know how to properly tell you that this is what the epitome of a good band is. All that interplay and sound weaving within and through the members is a show all in itself. I cannot stress enough how good a song writer Kyle is — Jacob from Ghost Food even said he “knows how to write a ditty.” Highlights? Every song was a highlight especially when Kyle took the piano solo and played Leonard Cohen’s Chelsea Hotel #2 and a new song Donny at the Gates. It was perhaps a quintessential showcase of Kyle’s excellent songwriting ability and the crowd laughed and cheered along with the song.
The 3 bands tonight were absolutely awesome and you should support them with a fraction of your next pay check.

Incomplete setlist information.
…
Turn Me On
…