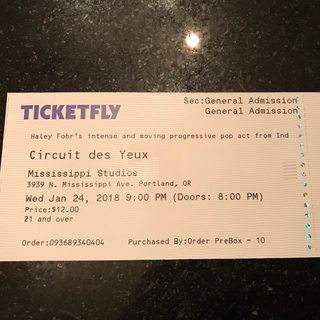 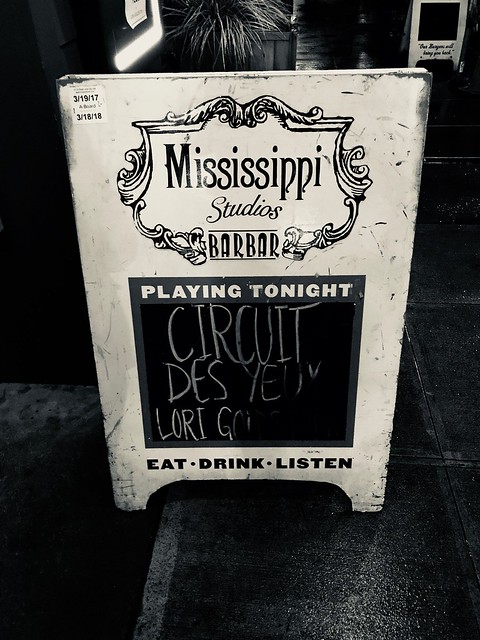 This girl was like the Thurston Moore of the cello. Or maybe even Glenn Branca. Not so much in the avant-garde aspect as the master-of-their-gift, but either way you might expect to see Lori part of a Thurston collaboration.
The set was seamless as if it was one continuous song as it weaved in and out of heavy distortion segments and short pieces bordering classical style.
Lori has an album titled Film Scores (Bandcamp Link) and that’s exactly what the set sounded like. I felt the set was in need of some other instruments or some more variation. On the topic of variation, at times the distortion was so heavy and her movements so fast you couldn’t pick up on those chord and note changes. It ended up sounding like a muddled bass machine sliding out electric jams. Once again — very cool but I thought it needed a bit more variation. In any case it definitely set the vibe and mood for Circuit:

Falling in line from what I expected — and hoped for — they started right into their newest album Reaching for Indigo (Bandcamp Link) and played it right through to the end. I haven’t seen Haley live before — only heard a few live recordings — but I can definitely say her voice in person is nothing but on point, whatever that means. She and her band are doing something very unique and the whole thing speaks to me in a way no other band does.
I took note of the “dual cannon” projectors aimed outward on each side of the drum kit and they were put to good use: When the band came out, they set up two paper wall/partitions which were used to project onto from behind. So on each side of the stage was a little light show which covered most of the band and tweaked the ambience that much further. This provided for a very intimate setup and show especially in this small venue.
For me, Black Fly, Philo, Paper Bag, and A Story of This World Part II, especially the latter 2, were massive highlights. The thundering drums and bass carried the raw power and emotion through. Mississippi Studios is known to me for the great acoustics and they surely did not disappoint on this night. Sadly the set ended after Falling Blonde and I had to return to normal life. I got a shirt at the show and tried to tell Haley Fohr how much this music inspires me but all that fell out of my mouth was something like “It was AWESOME!”
If you haven’t checked out Circuit des Yeux you should do yourself a favor and get on that ASAP. It’s an act you really should keep your eyes on.