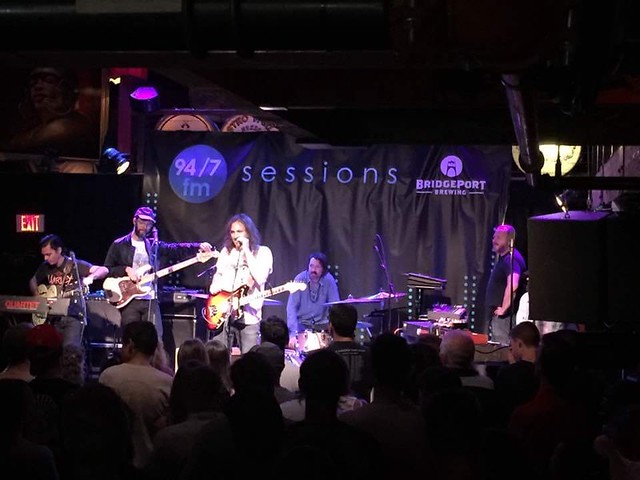 If I remember correctly, my wife sent me a text message around 10:30 AM that this free show was going down. My parents had just landed in town and I had the day off since I was picking them up and spending time with them. As we were getting breakfast the message came in and excitement rained over us. What better way to spend time together than watching one of your favorite bands? Of course we were going to go; we LOVE The War on Drugs, the show was free and at a small venue, and it was within walking distance from where I live.
We walked over in the scorching heat and had a Widmer Bros. Hefeweizen with an orange to cool off. By the time we finished the beer it was over — It was a short and sweet show that I am glad we got to see.

The War on Drugs

One thought on “The War on Drugs”